ABIY COMES TO WASHINGTON: FIVE OPPORTUNITIES AND RISKS FOR INVESTORS IN ETHIOPIA 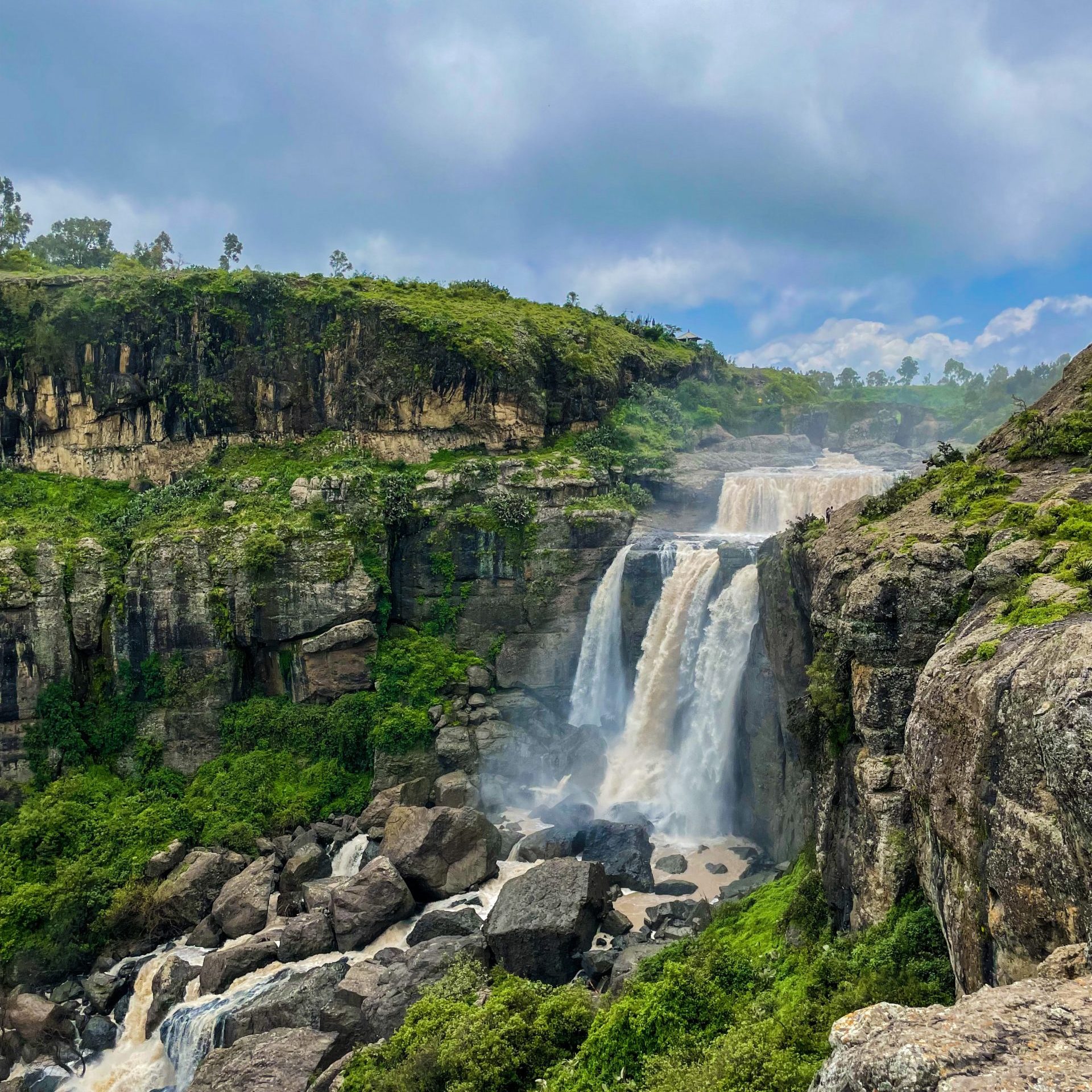 President Biden will convene the US-Africa Leaders Summit on December 13-15, with some 50 African delegations due to arrive in Washington. One of the principal attendees expected is Nobel laureate Abiy Ahmed, prime minister of Ethiopia, whose impending visit is seen as a necessary step to mend frayed relations with the United States.

Following Ethiopia’s truce with the Tigray People’s Liberation Front (TPLF) in November after two years of bloodshed, Abiy and his government have faced a growing number of allegations of human rights abuses committed by Ethiopian forces in Tigray, the country’s northernmost region. Although there is no definitive assessment of the toll on civilians, a 2021 study carried out by researchers at Ghent University estimated that more than 600,000 Tigrayans had died in the conflict at that time, and another two million had been displaced.

For Abiy, the truce has been essential to signaling his commitment to political and economic stability and to the re-opening of the domestic market for foreign investors. While in Washington, Abiy will likely use his platform to discuss strategic investment opportunities and respond to attendant risks to peace. He will face particular concern over ambiguities in the truce agreement with Tigray that could foster grievances and lead to renewed fighting, and he will be asked about the prospect of other sub-national conflicts that continue to simmer throughout the country. Abiy will also need to give credible assurances that he intends to pursue orthodox fiscal and monetary policies and address concerns over cash controls and rapid inflation that has eroded purchasing power.

Facing a macroeconomic crisis and needing foreign capital over the near term, Abiy will likely focus on five areas of investment opportunity during his discussions in Washington: telecommunications, telecommunications-enabled industries, banking, renewable energy, and agro-processing. Each of these could see significant investor interest, corresponding to growing demand in the domestic and international market.

Telecommunications: The Ethiopian government is currently accepting expressions of interest for a third telecommunications license to operate in the country. Kenya-based Safaricom led a group of international investors that won the second license in 2021 for US$850 million and attracted nearly a million customers within its first few months of operation. Since the Ethiopian government has indicated a fourth operator will not be permitted for another 10 years, the holder of a third license could gain market share, although likely at a lower rate than the Safaricom-led consortium. Investors will continue to seek assurances and policy clarity from the Abiy government, which rescinded the most recent telecommunications license tenders due to disinterest from major firms amidst the conflict in Tigray.

Telecommunications-enabled industries: A more wired Ethiopia portends significant growth in mobile banking, e-learning, e-health, and other telecommunications-enabled industries that could address some of the nation’s major development challenges. Mobile banking, for example, is seen as crucial for the rebuilding of the financial sector, while e-learning would expand access to basic and higher education across the country. These sectors appear set to grow rapidly in the coming years, particularly if the country can secure a third telecommunications operator and encourage greater price competition and market penetration.

Banking: Ethiopia recently announced plans to open Ethiopia’s banking sector to foreign investment, in line with Abiy’s pledge to liberalize Ethiopia’s financial sector. The government released a statement in early December explaining its new banking policy would be aimed at improving Ethiopia’s links to international markets, increasing competition, attracting foreign currency, and creating new jobs. Ethiopia’s moves could create opportunities for foreign lenders in the country’s banking sector, particularly given that 65 percent of the population is estimated to be unbanked by the current 18 operating financial institutions.

Renewable energy: Ethiopia offers abundant hydroelectric, wind, solar, and geothermal resources with the potential to generate 60,000 MW of electrical power. The country has nevertheless struggled to provide electricity to its population of roughly 115 million, due in part to the effects of drought on its hydro-dominant power supply. In addition to building the controversial Grand Ethiopian Renaissance Dam, Abiy is also seeking to diversify power generation through wind, solar, and geothermal sources. Earlier this year, the Ministry of Finance announced six solar projects for potential bidders, and the government also hopes to create opportunities for producers and exporters of wind and solar, as well as technologies related to transmission, substations, and off-grid consumption.

Agro-processing industries: The Ethiopian government plans to invest US$1 billion in integrated agro-industrial parks to boost the nation’s processing capacity and complement opportunities for growing agricultural production. Four such parks are currently under construction and projected to generate up to US$1.5 billion in investment and thousands of jobs. Government incentives, such as the duty-free import of agricultural and irrigation equipment, coupled with the low cost of electricity and labor, have drawn international interest in industries ranging from development and construction to technology and logistics. There is keen interest throughout the Middle East in Ethiopia becoming a food supplier to the region.

Despite the significant openings for foreign investment, market actors are sizing up risks to market entry from five main sources: instability in the government’s truce with Tigray, additional active or latent sub-national conflicts, scarcity of foreign exchange, a reduction in purchasing power, and poor infrastructure.

A fragile truce: Tensions between the Ethiopian government and the TPLF remain high. Their African Union-brokered agreement failed to outline how the truce’s terms will be implemented, how allegations of war crimes will be handled, or how those found to have committed war crimes will be held to account. The truce also does not address either party’s underlying grievances, Ethiopia’s broader social cleavages, or the factions growing within Tigray. Militants from Eritrea and Amhara continue to operate in Tigray, making it unlikely that Tigrayan forces will fully disarm, which could cause the agreement to fall apart. Abrogation of any of the truce’s conditions by one or more parties, or even the perception of non-compliance, could trigger renewed conflict.

Intensification of other sub-national conflicts: Other sub-national conflicts could escalate throughout Ethiopia and catalyze additional operational and security-related risks. In April 2021, the federal government declared a state of emergency in the northwest region of Amhara after a rise in violence between Amhara and Oromo nationalists. Amhara militias, which supported the Abiy government during the Tigray conflict, remain in an ongoing dispute with Tigrayan forces over control of western Tigray. A separate conflict in Oromia – Ethiopia’s largest region and home to the country’s capital, Addis Ababa – reportedly escalated shortly after the Tigray peace agreement was signed. The Oromo Liberation Front, which allied with Tigray forces in 2021, could leverage the current instability to make a concerted push in its nearly five-decade campaign for independence, but it will face heightened government military activity, including the reported use of drones to strike targets in Oromia.

Scarcity of foreign exchange: A shortage of foreign exchange in Ethiopia has resulted from the country’s ongoing trade deficit. Several international banks and telecommunications firms have already stated that they will abstain from entering the Ethiopian market, citing shortages of foreign exchange and the difficulties of repatriating dividends. In October, the Ethiopian finance ministry reportedly restricted the use of foreign currency to import priority goods to spare Ethiopia’s dwindling foreign reserves. The National Bank of Ethiopia indicated that its foreign reserves had fallen to US$1.6 billion by the end of 2021, representing less than two months of imports.

Inflation: Due to global and domestic factors, Ethiopia’s inflation rate has remained greater than 30 percent year-on-year throughout 2022, the country’s highest rate in the past decade. At the same time, Ethiopia’s economic growth has been decelerating. Increased costs of living and wage stagnation have disproportionately affected the country’s working and lower classes, particularly in the northern and eastern regions, and are perceived to be a product of the conflict in Tigray. Abiy’s administration could come under increased pressure if he is unable to deliver on his promises of rapid economic improvement.

Lacking infrastructure: The conflict in Ethiopia interrupted various construction projects and significantly impacted Tigray’s transport infrastructure. As a landlocked nation, Ethiopia relies heavily on the ports of Djibouti and Berbera for its exports and imports. Overland transport links to facilitate this trade will need to be restored and secured for Ethiopia to jumpstart its economy and attract investment for export-oriented production. Global inflation, especially higher fuel prices, has increased construction and transport costs, impacting infrastructure development and trade. High costs will likely continue to constrain new projects and may deter investment. Large-scale renewable energy sector projects also face challenges; the Grand Ethiopian Renaissance Dam project continues to be delayed by unresolved negotiations with Egypt and Sudan. Renewable energy projects are further constrained by a lack of country-adapted energy technologies, detailed maps, and up-to-date energy data, resulting from the undersupply of a skilled workforce and institutional know-how in the energy sector.

Fighting in Tigray, inter-communal conflicts in other regions of the country, and intervention by Eritrea are symptoms of a much larger problem, namely that Ethiopia is now contending with competing visions for the future of the country. With its social fabric in tatters, Abiy will be asked to share his vision for promoting a genuine, inclusive national dialogue, seen as necessary to staunch a broader conflict in Tigray, Oromia, and beyond.

Over the near term, as aid increases into Tigray and the deadline approaches for the TPLF’s disarmament, the situation in Ethiopia will remain delicate. While the truce has improved prospects for the Ethiopian economy, investors should not expect the path forward to be linear. Many of the grievances exposed by the Tigray conflict could remain unaddressed and intensify if the government fails to take steps towards reconciliation. Investors will temper their enthusiasm for gaining access to a large market with appropriate caution and careful due diligence. Yet, pressure on Abiy’s government to compromise will provide openings and potential rewards for companies willing to take calculated risk, including those Abiy and his delegation will meet with during their visit to Washington.

Jay Truesdale is CEO of Veracity Worldwide, where Olivia Johnson and Nandita Balakrishnan are senior associates and Corentin D’Ansembourg is an associate. The authors wish to thank Veracity editor David Alm for his contributions.