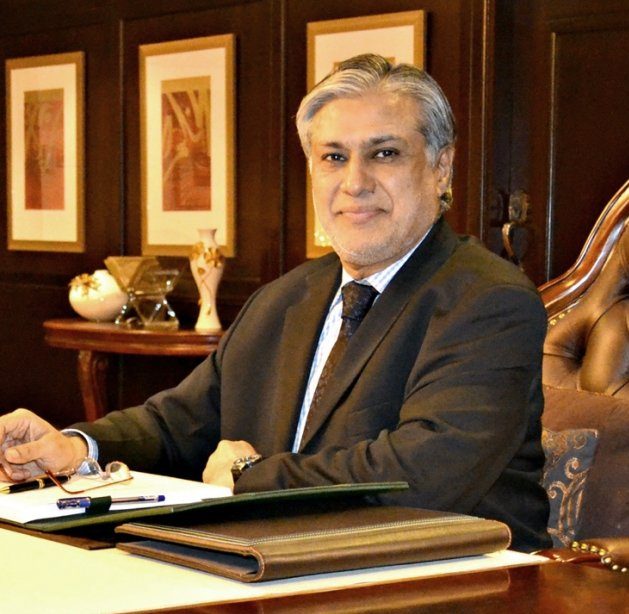 Pakistan’s incoming finance minister, Ishaq Dar, has returned from exile in London to face the massive task of staunching macroeconomic deterioration, stabilizing a government in turmoil, and securing resources for flood recovery after what has been called the “climate event of the century.”

Dar is no stranger to pressure. Having now held the post of finance minister four times over the past 25 years, he has proven adept at navigating chronic budgetary uncertainty, conflict with India and in neighboring Afghanistan, and fragile civil-military relations. To his proponents, Dar may be exactly what Pakistan needs at this critical juncture. He returns to the job with technical expertise, a reputation for sound judgment, and the trust of Prime Minister Shehbaz Sharif, the Sharif family, and PML-N party grandees. He has said his main priorities are addressing the balance-of-payments and foreign currency reserve crisis, stopping further devaluation of the rupee (from historic lows), and curbing inflation that exceeds 25 percent.

Pakistan relies on a deeply unpopular IMF program to inject cash into the economy. Starting in late May, the Sharif government hiked energy prices to demonstrate compliance with IMF conditions and alleviate budget shortfalls. The move led to criticism from the government’s coalition partners and protests from the Pakistani public, causing the Sharif administration to retrench. In his first days in office, Dar is already sizing up the IMF’s resolve and making noise about reducing energy prices, at least over the near term. With a nod to Turkey’s monetary policy experiment, Dar has also claimed he will lower inflation by cutting interest rates.

Dar will face wary investors that have long been challenged by security conditions, weak intellectual property rights enforcement, bureaucratic dispute settlement processes, and inconsistent taxation. With macroeconomic risks “strongly tilted to the downside,” according to the World Bank, foreign investors with an interest in Pakistan will continue to focus attention on the IMF program, particularly signals of policy slippage and political tensions.

For Prime Minister Sharif, Dar’s experience as a political operative is likely more vital than his prowess in finance. Sharif faces determined opposition from his rival and predecessor, Imran Khan, who was ousted in a no-confidence vote in April. With the National Assembly’s term due to expire next August and an election scheduled to take place no later than October 2023, Sharif will spend much of the next 12 months shoring up support from a splintering coalition whose parties have little in common other than shared animosity for Khan. The former prime minister has scored points against Sharif over high inflation, which will remain one of the foremost issues in their evolving campaign.

Amidst this political uncertainty, Pakistan’s most powerful institution could also face upheaval. Chief of Army Staff General Qamar Javed Bajwa is scheduled to retire in November 2022. Bajwa was seen as the critical force behind Imran Khan’s removal and Shehbaz Sharif’s coming to power. Without its tacit military backer to prop up a weak coalition, the Sharif government could face difficulty staying in office through the current term, let alone winning the National Assembly election. In this context, the prime minister needs Dar and his extensive experience negotiating relationships with the military, as well as with political allies, coalition backers, and international partners.

What Dar chooses to prioritize will determine Pakistan’s trajectory. His most likely course of action will be to avoid public backlash, emphasizing piecemeal measures rather than any kind of major reform. At best, these measures will buy the government time; at worst, they will reduce opportunities for stabilization and further erode investor trust. He will almost certainly emphasize Pakistan’s outreach to bilateral donors, such as China and Saudi Arabia, for fiscal and balance-of-payments support.

As he has done during previous economic and political upheavals, Dar will also appeal to multilateral organizations, this time seeking support for debt forgiveness and disaster assistance. Pakistan has stated that climate change caused its recent flooding emergency, with carbon emitters from major economies to blame. So far, the government’s outreach has achieved some success; on October 4, the UN announced it would seek to increase its contribution to Pakistan’s flood relief efforts from $160 million to $816 million. Other lenders will provide additional support over the coming months, though nowhere near enough to alleviate the estimated $30 billion in flood damage.

In the meantime, the Sharif government will seek to convince Pakistanis and their foreign partners that Dar is the fix the country desperately needs. Returning to Islamabad amidst concurrent economic, political, and humanitarian crises, Dar has inherited a nearly untenable situation that his predecessor Miftah Ismail and Imran Khan’s four finance ministers could not resolve. With no easy options, Dar likely will gamble that Pakistan is considered too important to fail and that Sharif is the preferable option over Khan. Dar’s policy decisions, consequently, will be seen through the lens of securing additional aid and winning the next election – a feat that he, Sharif, and their supporters believe he is uniquely capable of pulling off.

Jay Truesdale is the CEO of Veracity Worldwide, where Nandita Balakrishnan, PhD is a senior associate. The authors wish to thank Veracity editor David Alm for his contributions.